This listing is being maintained by its rightful owner.
Kolkata -
West Bengal
Art, History, Walking
0.0 0 Reviews
Login to bookmark this Listing
3 Favorites
Share

This tour presents an opportunity to explore the Pilgrim’s Path, the road which predated the city of Calcutta. With the emergence of Calcutta, as a city, the zone became the religious and cultural hub of the Bengali population.

Chitpore Road, the road which predates the city of Calcutta, was the path which led to the pilgrimage of Kalighat. Hence when the British established their base in Calcutta, some of the early settlements of the Bengalis emerged along this road. The first act of resistance between Shiraj-ud-daula and the British took place here. Some of Calcutta’s oldest temples were founded along this road, the famous of clay-artisans of Kumortuli too settled along this road. With its rich heritage the zone became the major cultural hub of the city. The walk will commence from the Sobhabazar Metro Station. From there we will move north-wards exploring the areas around Kumortuli, Madanmohatola before completing our walk in Baghbazar.

This Byte is for: Tourists and History Buffs

We conduct this tour on every sunday of a month, starting from the 31st of January and you can book this tour for upto 2 months into the future. In case you are looking to book further ahead, please let us know!

Your Opinion of this Byte: Cancel reply 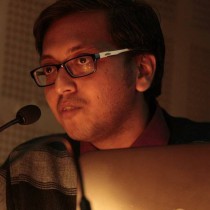 Sarbajit Welcomer
To call him a Heritage Buff would be an understatement. A PHD scholar in History at Jadavpur University, he has travelled extensively in India, South Asia and Europe, soaking in the priceless gems that each place has had to offer. He is also one of India's finest quizzers, being the champion of the inaugural edition of CRICIQ- the world's biggest cricket quiz organised by ESPNCricinfo. He now looks forward to share his passion for his city with all explorers

Get Social with us!

It just gets better and better